Drilling was completed on May 12, 2016 for an urban retrofit geothermal system being installed at 248 Bryant Avenue in Syracuse, New York.  Two vertical closed loops of 300 ft each were set in two wells and will serve the 4-ton combination heat pump system yet to be installed.  Drilling was initiated using an air rotary rig, but was switched to a cable tool rig on the second hole when water was pushed back through the first hole through a void in the bedrock geology.  Water was encountered in each hole, but was contained on-site.  Saline groundwater was a concern, but wasn’t encountered until ~280 ft depth.  System design by Natural Systems Engineering.  Drilling performed by Caster Well Drilling and Water Conditioning (Fulton, New York). 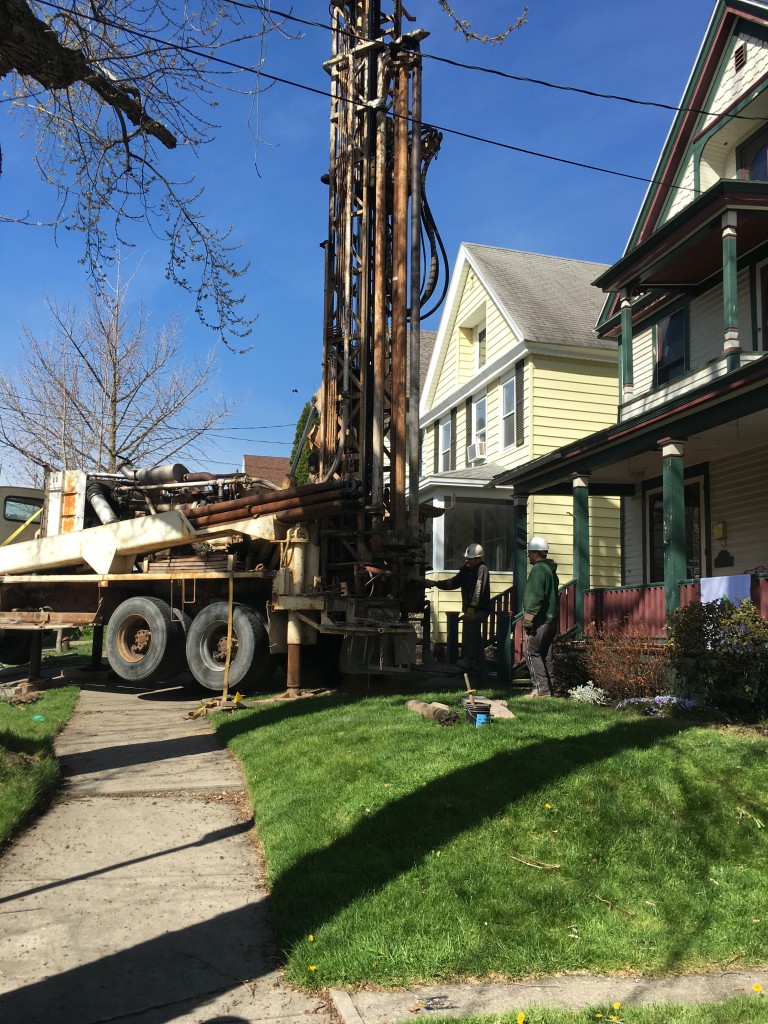